The Pros and Cons of Augmented Reality in Product Design 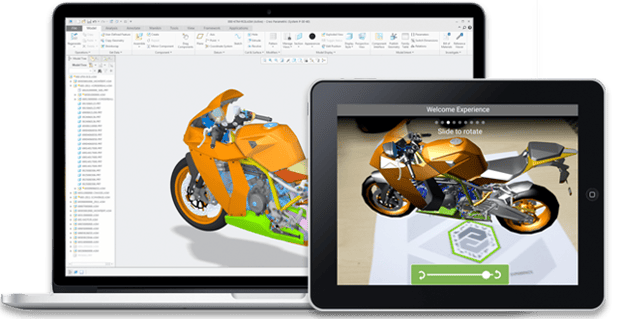 Augmented reality (AR) is undeniably exciting. AR is capable of placing digital elements within the field of view, making it appear as though computer-generated models are occupying the same physical space as the user.

Its uses are many and varied, but AR has been of particular interest to product designers for some time. The ability to view accurate representations of finished products in real-world scenarios and tweak designs without calling on expensive prototypes has long been coveted, and AR appears to offer the tools to do just that.

Imagine approaching what appears to be a real object that was, just moments before, nothing more than a blueprint. Augmented reality is magical, and far less fanciful than it ever was, thanks to huge leaps forward in software development and product design technology.

In this post, we’re going to consider the pros and cons of augmented reality in product design.

The pros of AR in product design

With AR, designers can finally connect digital designs to physical products, seamlessly. In doing so, they gain greater feedback, both visually and in the form of data that provides actionable information to aid improvements of the design itself.

2. Lifting the lid on the entire structure

Imagine lifting the lid on a product’s design and viewing the constituent elements that make up the whole. In traditional product design, that would likely mean countless re-runs of physical prototypes - an expensive endeavour.

Augmented reality enables designers to explore their creations purely in the digital realm, by providing an immersive, unrestricted view of how the design is constructed from its singular parts.

Using 3D models to simulate new product designs isn’t new, but it has typically been resigned to the computer screen, with CAD software doing the heavy lifting required to produce a model-based definition.

With AR, all of the menus, overlays and UI elements associated with CAD software are all but removed, leaving designers instead with a clear ‘view’ of the product they’re working on.

The cons of AR in product design

Augmented reality is still taking baby steps into the world of product design. For many, this means it isn’t quite ready to be fully implemented - yet.

Using augmented reality for product design requires training and specific tools to be made available to designers. However, with platforms like Creo Product Insight, AR is fast becoming a more common part of the designer’s toolkit.

2. Requires old values to be reassessed

Designing with AR is very different to the traditional methods relied on for decades. As such, this new technology demands a period of adjustment and the ability for designers to reassess values they may hold dear. For some, that may prove a stretch too far.

Despite AR still being a nascent technology, it continues to develop at an astonishing pace. Therefore, while it may not be for everyone just yet, it’s likely product designers the world over will soon benefit from a set of tools that enable them to be optimally creative without having to call endlessly on the design budget.

And that’s surely a future we’ll all benefit from.