How Best-In-Class Companies Use Simulation to Their Advantage 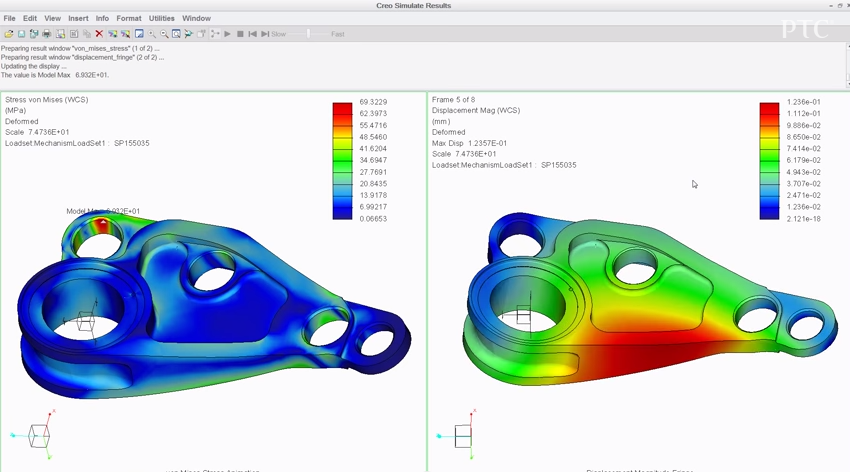 The prospect of improving the quality of products without adding cost or employee time seems like a pipe dream, doesn't it? It is possible, though, and can be achieved with the introduction of simulation during the design process.

Gut instinct has traditionally played a significant role when making decisions relating to product design. Likewise, applying rule of thumb and years of experience are methods that have been used by manufacturers for decades. As a result, any form of simulation is usually left until much later in the product’s development cycle.

In the past, this didn’t prove to be particularly problematic, but the world is changing. The consumer- and review-led society we now find ourselves in means the weight of expectation for products is significant, and manufacturers are placing greater emphasis on profit margins than ever before.

The line between product success and failure is therefore finer than ever.

How can simulation benefit product design?

To create more profitable products, engineers need to be empowered to make the right decisions. Simulation aids this by providing a better insight into the impact design decisions will have on the finished product.

Typical simulations that take place during the design phase include:

Simulation also enables engineers to create more iterations of the finished design and use software to narrow down the best concept before committing to engineering.

There’s a significant time-saving aspect to simulation, as well. With less physical testing and the associated fixes following testing, engineers can experiment far more quickly and discard anything that doesn’t work before it becomes a tangible object.

To meet cost targets, stay within budget and beat deadlines to market, top performing companies use simulation to empower their designers.

But how do you go about implementing simulation? We think there are 5 best practices to ensure everyone buys-in to this compelling engineering method.

Simulation offers significant benefits to both the business and its products:


Selling the value of simulation is something best-in-class companies did long ago.

#2 Use simulation as early as possible

As noted above, simulation has traditionally taken place towards the back end of the product lifecycle, but in modern manufacturing that simply isn’t effective enough.

Simulation should be used as early and as often as possible. Start using it during the concept phase, for example, and you’ll likely see a significant reduction in redesigns later on.

The product and business benefits listed in point 1 should be enough for any savvy management team to realise the benefits of simulation in design, but if that doesn’t work, other avenues will need to be explored.

Management is all about raising efficiencies, reducing waste and reporting nothing but profitability and happy customers back to the board and shareholders. Simulation enables design teams to directly influence each of those areas.

Simulation will be a new concept to many engineers - particularly if it is to be used judiciously during the earlier phases of product development.

Instructor-led training is the answer and, although representing a sizeable investment, is absolutely something engineering firms should provide regularly if they are to benefit significantly from simulation.

Throwing the concept of simulation into large projects for the first time isn’t advisable. Instead, start smaller and ease yourself into the world of simulation by using it on a pilot project that has a smaller scope.

By gradually implementing simulation within projects that are based on a shorter term, teams will be able to develop their skills at a reasonable pace. In time, the practice will become eminently scalable and make its presence felt in much larger design projects.

What manufacturer wouldn’t want its design team to have an easier time developing products that are both profitable and innovative? If you can get management support, simulation will transform the way you design, create and ship products.